This week’s featured webinar was the monthly event run by the Next Level Purchasing Association on 20 Ways To Create The Perfect Negotiation First Impression. If you missed the event, you can read a related blog post by Association President and CPO Charles Dominick.

You can also learn more about negotiation (among other topics) at the first Next Level Purchasing Association Conference in Pittsburgh, PA September 12-13, 2013.

This week’s featured webinar was presented by Ardent Partners: ‘Game of Thrones: How a Strong CFO-CPO Alliance Can Command Top Performance’. I’ve only seen one episode of the HBO series Game of Thrones – I didn’t have the nerves or the stomach to watch another – but luckily for me there was no violence or bloodshed involved in this webinar.

This week’s featured event was hosted by Sourcing Interests Group and presented by IBM's Institute for Business Value or IBV. IBM just released the largest, most comprehensive Chief Procurement Officer Study ever conducted, with participation from 1,128 CPOs from organizations with annual revenue in excess of US$1 billion.

Many of us have taken the Myers-Briggs personality test, either in school or on the job. One of the core principles is that there are no bad personality types. Taking the test is supposed to help you know yourself better, understanding your natural inclinations. That way, when you are under stress, not only will you be able to predict how you are likely to react to different situations, you may be able to alter your reaction to reach a desired result.

The End of Competitive Advantage by Columbia Business School Professor Rita Gunther McGrath provides a perspective on the way businesses should develop and maintain their strategy to remain competitive. Gone are the days when companies could achieve a leadership position in a market and then continue to dominate for decades without significant changes. Innovative companies develop products across traditional sector lines, making the industry-based model of competition assessment obsolete. McGrath advises defining competitive strategies based on arenas, which she defines as smaller market segments defined by consumer behavior and geography as well as the product or service being sold.

There is much to be learned from our failures, and in many cases they are the price of admission to the victory celebration at the end of the journey. Thomas Edison is a fantastic, if complicated, example of success despite setbacks. We all know how many tries to took to make the light bulb a reality, especially because of the quote Cindy used to open her post:

We have some active discussions in the Buyers Meeting Point Group on LinkedIn, most recently, an exchange about what makes a good buyer. Ironically, it was asked by someone who is not a buyer themselves.

This week’s featured event was hosted by the Next Level Purchasing Association and was presented by Tim Reis, a procurement manager with 10 years of experience, a regular columnist for Next Level Purchasing’s online magazine and a holder of the SPSM certification. Most importantly, he is an active practitioner.

A cardinal principle of Total Quality escapes too many managers: you cannot continuously improve interdependent systems and processes until you progressively perfect interdependent, interpersonal relationships.

On July 16th, the world lost one of its most recognized self-improvement writers and speakers in Stephen Covey. His books, speeches and projects were aimed at improving and empowering individuals and the organizations and networks they belong to. His most well-known publication is ‘The Seven Habits of Highly Effective People’, written in 1989, which has sold 15 million copies and been translated into 32 languages[1].

I can tell you that windsurfing is very easy – except for the wind. The wind makes it tricky, of course. It’s not particularly difficult to find and rent great equipment, and the techniques are fairly straightforward. What messes the whole plan up is that the wind is unpredictable. It’ll change exactly when you don’t want it to. The same thing is true about customer service (it would be a lot easier if it weren’t for the customers). In fact, every single function of an organization has a wind problem. 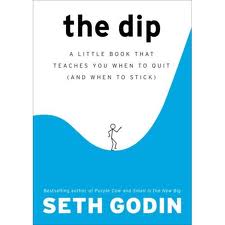 This week’s featured webinar was hosted by BravoSolution with main speaker Andrew Bartolini of Ardent Partners. In addition to being the Managing Partner and Chief Research Officer at Ardent Partners, Andrew also does most of the writing for their blog, CPO Rising. If you are interested in the movement of major corporate CPOs in and out of their roles, that is a great place to track them.

This week’s featured webinar was presented by ISM, Ariba, and CFO Research Services. It was based on a recent study of 263 finance executives from North America, Europe and Asia about their perceptions of procurement. The study was originally conducted in 2007, so this can also be considered a five-year revisit.  If you are interested in reading the full report, you can download it for free (without registration) from CFO.com.

Written by the co-chairmen of the Deloitte Center for the Edge, an organization that helps senior executives make sense of and profit from emerging opportunities on the edge of business and technology.  John Hagel the third, John Seely Brown, and Lang Davison authored ‘The Power of Pull’ to talk about a shift in dynamics based on accurate forecasting and predictable market dynamics to transforming corporations from a leadership position on the edge.

This week’s featured event was presented by Procurian, the new name for ICG Commerce. They officially changed their name in February of this year, at the same time as they launched a philosophy the call “New Procurement”. New Procurement is based on six principles, ranging from leveraging market intelligence to identifying and fueling new sources of growth.

This week’s featured event was presented by Sourcing Interests Group and Emptoris (an IBM Company). The main speaker, Mitch Plaat, is Con-way’s VP of Procurement and CPO and has been with the company for 22 years. He has overseen quite a transformation, starting six years ago with the decision to engage Emptoris for help in the form of solutions and services.

If you’ve spent any time on our site this week, you’ll see that we are having a customer-service centric week. It all started when I attended last week’s Next Level Purchasing Association webinar where Peter Nero of Denali Group shared his thoughts on what is next for procurement. The answer was better customer service.

As a follow up, we spoke with The Sales Guy about the kinds of internal customer service he thinks procurement can provide, and this morning we read the Wikipedia article on customer service. We’re not looking to turn procurement into a transactional call center, but some of the traditional wisdom about how to keep your customers happy applies to the relationship between us and our internal stakeholders.

This week’s Wiki-Wednesday topics are Revenue (Net Sales) and Net Income (Earnings After Taxes). As at least a third of all procurement teams report into finance, pressure is mounting for us to articulate our value in financial terms. I’m covering both at the same time because while traditionally procurement has focused on Bottom Line (net income, EAT) impact, the time has come to start looking at the Top Line (revenue, net sales) as well.